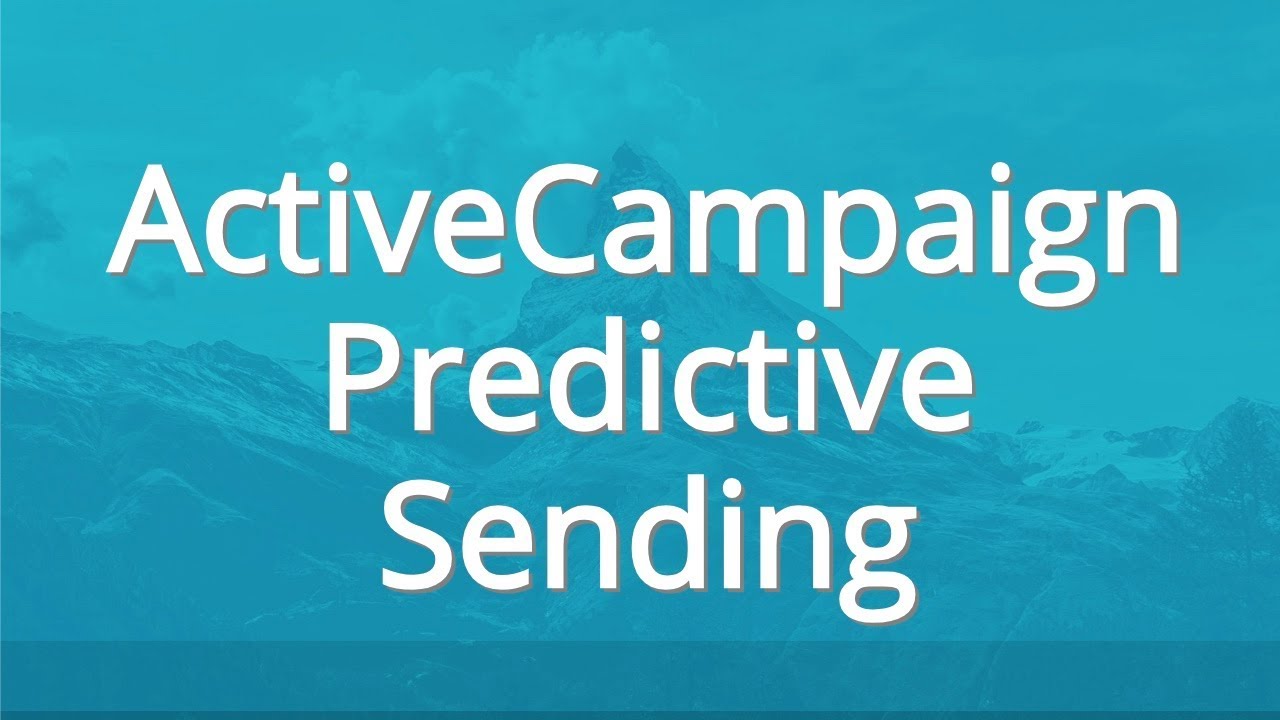 Active Campaign predictive sending. If you have a professional enterprise Active Campaign account, you now have the ability to send emails in an automation based on a contact open history. And what this will hopefully do with result in higher engagement, higher opens, higher click rate, and hopefully higher sales if that’s what you want to accomplish.

Now, a few things to take into account, In my opinion, open history isn’t the best. It’s better to use click history, but that’s what they’ve implemented and just kind of be aware of what the options are. So for instance, my observation is some email service providers like Gmail will open emails as they come in. They don’t always do that and the result is they get marked as open and Active Campaign, so that can skew the results a little bit.

Now with that said, you’re going to want to use a wait until after sending using predictive sending so that it doesn’t automatically go to the next step without first sending the email. And then also don’t use this for time sensitive emails. So let’s dive right in.

Inside your Active Campaign account, you might have an automation and if you’re going to send out an email, for instance, like right here, this, good enough for me for what we’re trying to accomplish. I just want to have something in there.

Now I want to use predictive sending. Now keep in mind if I don’t have any open history, if a contact doesn’t have any open history, they’re going to fall back to 10am their time or 10am the account time so that’s it that’s all you have to do to enable it, now you want to In my opinion, put a wait step in here so when I put a wait until specific conditions are met, and I think it’s going to be actions has been sent any campaign, nope, the one we just created and then continue on.

So I would, you should have not have to set this but I would just set it to one day. It should happen within 24 hours but let’s just force it. So that’s it. That’s how you set up predictive sending you basically choose that option and then in my opinion, you want to have a wait until that campaign is actually been sent before they move on to the next step.