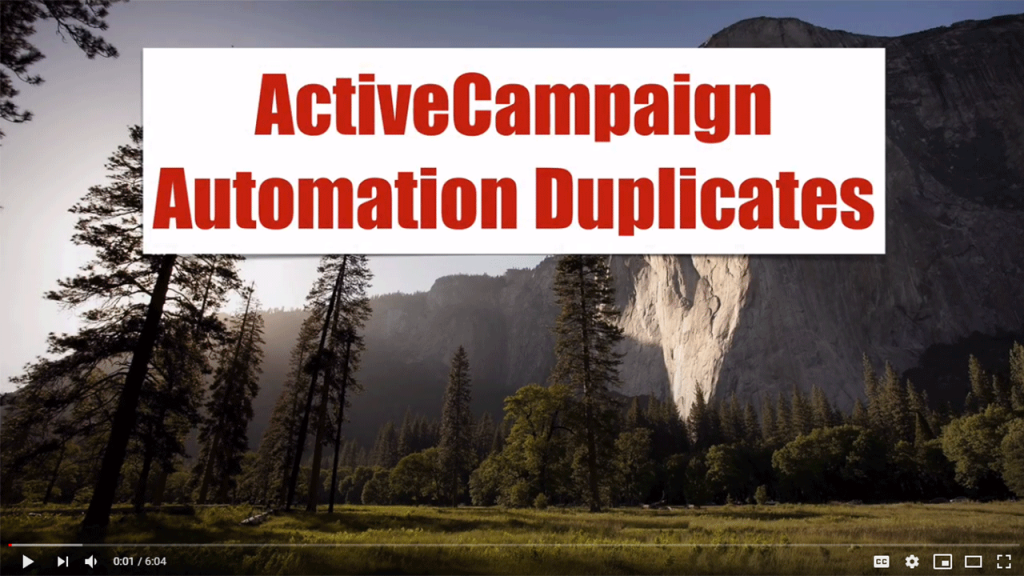 So let’s dive right in.

If I look at the queue here, it says that there’s two people. However, when I go view that contact, there’s contacts. There’s actually only one unique person there and what we need to do is we need to remove that duplicate and put back in the original.

Additionally, what I’m showing you here is very simple. This is just two simple ways. But what if you have different if if else legs and there are multiple locations that they can wait?

It does become cumbersome. But what I’m going to show you here is how you can remove the people and put them right back in where they’re at. But only a single version. So to start with, what we need to do is we need to tag this person.

I’m going to go in here and I’m going to apply a tag. And I like these tag called panic for situations like this. I want to go down here and enter the panic day and that’s taken care of.

I’m going to go in to and I need to go back into the automation and I’m going to put a goal here that pulls them out and I’m just going to call it panic.

Now, this might take a few minutes, even though it’s instantly being added there. There could be a little bit of a lag. So we’re gonna sit here. Let them pass through. Save that.

So these people have the panic tag, I should say, this person has the panic tag and should be pulled down to here shortly and finish. I’m going to refresh this screen and pray and take a few minutes.

OK. That took about five minutes for those people to get moved out. Now, here’s the trick, if you will. So they’re out there, but we need to add them back. I don’t want to change their tagging if they both.

But now it’s just one has the panic or panic tag, so I’m gonna take this goal and move it right up above where I want them to be. So I’m going to move that. Okay. And the point the purpose of that was to simply originally to get them out.

Now, when they come back in sorry, just one person, they’re going to get dropped into here and then back down to this one day wait. So I want to go find that contact and I’m looking for the person that has the panic tag.

There it is. I’m going to go ahead and add them to that automation they were in before and apply.

So now back to here. If I refreshes, this person should be at this one day wait. They’re perfect. Now, if I had additional waits or steps that I’d have to move through, I’d repeat this process over and over. Actually, one last thing. I now need to remove that panic tag.

So that person’s done. OK. Now, how do you prevent this from happening? Since I don’t need this, I’m going to get rid of it. What you need to do as soon as somebody comes in here, whether they’ve come in down any of these paths, is to have an if else check. So when to do something like this.

And again, I’m going to use a tag. So do they have a tag or not? And let me just see. I’m going to do. Let’s use this TEMP-D tag. This is kind of a temporary tag, if you will. And it’s not one of the tags that triggered them to get into the automation. It’s simply a tag that identifies them. Are they already in here? And actually, you know, what I want to do?

I want to say does not exist. So if it doesn’t exist, then you can go down the yes path. But if it does exist, that means they are already in there and you don’t want to add them in there. So I’m going to put them down the no path.

So this way, anytime they come in, doesn’t matter how manually or whatever trigger we’re going to check. Are they already in this automation, if they are in that version of them otherwise put them down the path that want to.

And then last but not least, I would suggest removing that tag, unless you truly only want them to come in here once. Down here, I would actually remove the tag.

There you go. So we’ve got an automation that does not allow duplicate emails at the same time. And if they do come in, we simply remove that extra e-mail from the automation and then we remove the tag that prevents them from coming in so they could if you wanted the added back in.

So that’s how we handle automation duplicates.